Any Given Number: Who Wore It Best, from 00 to 99 por Sports Illustrated 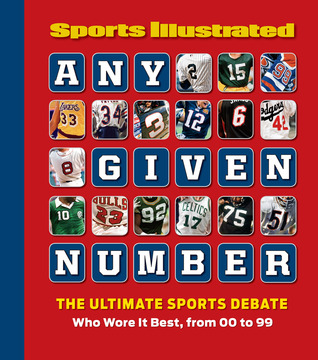 Sports Illustrated con Any Given Number: Who Wore It Best, from 00 to 99

THE GREATEST ATHLETES BY NUMBER

Every number tells a story. 3, 7, 16, 23, 42. Our iconic athletes have become synonymous with the numbers they have worn-and this connection can run deep. Think about the players who have switched teams and traded Rolexes or cold hard cash to claim the same digits from a new teammate. In Any Given Number, Sports Illustrated raises the bar to a new level. Simply, who's the greatest athlete across all sports who wore a number best?

While Wayne Gretzky may have 99 locked up, who's the ultimate No. 24? Willie Mays, Jeff Gordon or Kobe Bryant? At 33, would you pick Larry Bird or Kareem Abdul-Jabbar? Is it Mr. Hockey or Teddy Ballgame at 9? Who wins at 12, Tom Brady, Terry Bradshaw or Joe Namath? How about Brett Favre or Bobby Orr at 4?

Any Given Number delivers SI's authoritative take on who is the best of the best, from No. 00 to No. 99, breaking down the contenders to name an ultimate winner at each number. It also reveals little-known facts about a digit's history and colorful anecdotes about why an athlete chose it, alongside the stellar photography that is the hallmark of Sports Illustrated.